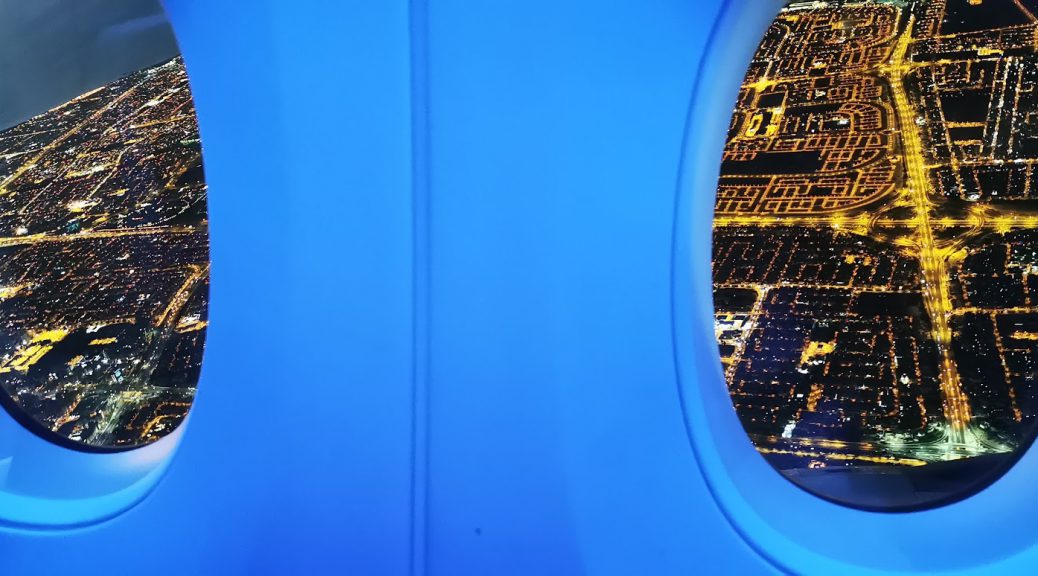 If you’re first time here, you probably think that’s a weird title. Well, it’s not actually, as I haven’t been posting any updates for the last two years.

Why? You ask? Well, as this is some sort of a travel journal for me going to new places, and the only place I’ve been traveling to in the past two years is back and forth between Kuwait and Croatia, I failed to see something to write about.

But, there is always something to write about, if one has time. There has been a lot of change in my life, in the past two years. My company has changed its policy regarding their field engineers travelling, and decided to station people in certain areas which they cover.

I must say, Kuwait has never been my favorite. If I could choose one Middle Eastern country I like best, I think I would say Oman. Why? Well, Omani people are really very friendly and will always approach you with a smile. I’m not saying in other countries they will not, but I’ve experienced it the most in Oman.

Oman has amazingly varied scenery, unlike Kuwait. Kuwait has flat desert, one hill, some farmlands in the North, trashy animal farms seeded through the desert, dirty oil fields and that’s about it. Virgin desert in West Kuwait is nice. Traveling there can keep you mind of the rest of Kuwait 🙂 Maybe I’ve just been here for too long.

When I look at my photos of Oman, you don’t see stuff like that here. For instance

Also, you can’t go out for a beer with friends in Kuwait. It’s not like I would do it all the time, but once in a while you want to chill out. There’s no chillin in Kuwait.

Why I didn’t choose UAE? Maybe I would have, but I haven’t really seen much of UAE. I’ve spent 99% of my time there in Dubai. And Dubai is a big crowded city, where nothing is for free, and it’s just not my thing. I’ve seen what I wanted to see in Dubai and that’s pretty much it. Right now, there is pretty much only one reason I would wanna go back there.

So how to end this rant about Kuwait? Let’s just say I really miss travelling around the world. Still haven’t been to a lot of places, China, Russia, India, Australia, South America. Maybe another time, maybe another life. 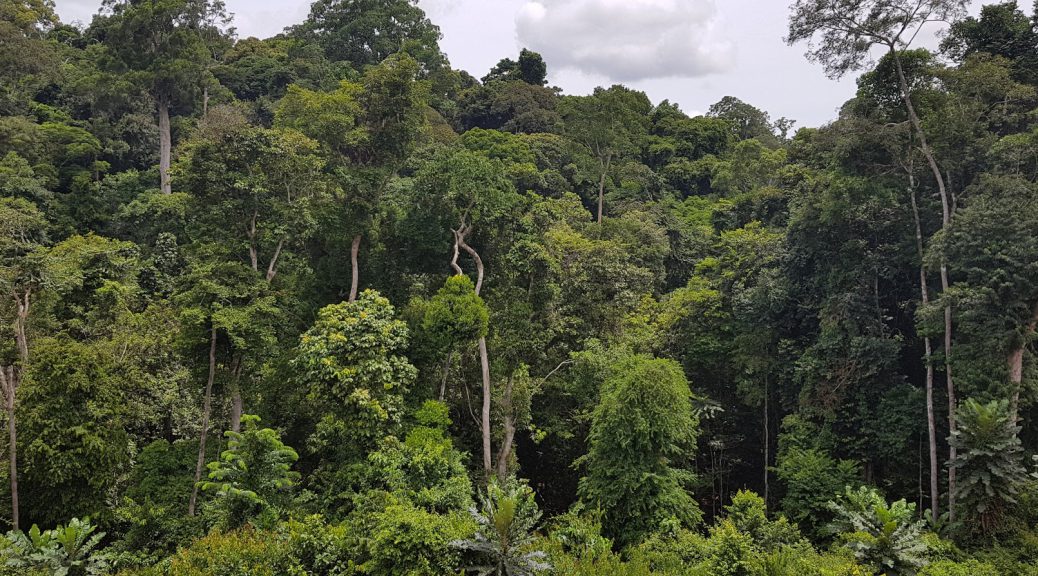 This post was written in April 2018, while I was in Gabon, but I couldn’t make myself post it, as a lot has happened in that time. So with these words in mind, here it is. Now is August 13th 2018. Greetings from Kuwait. Sandstorm raging outside. 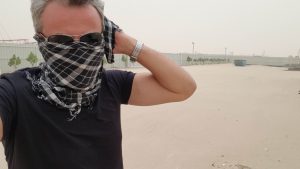 C’est bon… my dear readers, or myself.

After some time, writing another post, got some sudden flash motivation for writing.
It seems to catch up to me on a yearly basis as the last post was about a year ago from Texas.

Since then till about a couple weeks ago, I haven’t been to any new places, just a couple trips to Dubai, Kazakhstan, Saudi Arabia and Kuwait. Been to Albania though… that was cool 100%.

Recently I also got a Russian visa, so I hope that happens this May.
Anyway, I’m writing this text on my bunk in the middle of the Gabonese jungle. Frogs, lizards snakes making extremely loud noises in the night so you better put some earplugs or earphones to be able to sleep.

Let me start from the beginning as this is like a chronological kind of a thing.
Ticket from Dubai to this place was issued for March 28th at 4:40 AM. Airline was Ethiopian. So I left my comfortable hotel in Dubai at 2 AM and took the hotel transport to the airport.

The E-gate system at the airport was down, so I had to wait for one hour at the immigration line, which is always an incredible experience. I almost forgot what it was like standing surrounded by people that take personal hygiene as an option . My oh my. 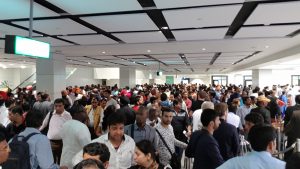 After that I supplied myself with a satisfying amount of three different types of mosquito and insect repellent, which later showed to be a complete overkill and a waste of money. Oh well, live and learn.
Flew to Addis Ababa in Ethiopia for about 4 hours, had a one hour layover there, but I didn’t get a chance to see the airport as we were moved immediately to the next flight with a bus, which was not that bad. It was quick.

Next flight was from Addis Ababa to Libreville in Gabon, where I arrived at some time… I had to sort out the eVisa thing which showed to be a suspenseful issue. The guy at the counter asked me for 120 dollars for the visa. With me, when an official asks you money for the visa, you give him money for the visa, without asking “Are you sure?” or “Really that much?”

Later on, the woman that was greeting me took me back to that counter to discuss something with that official. I don’t speak French, and they don’t speak English so I’m not sure what were they discussing but it had a lot of loud words, and it ended up with me getting some money back, in local currency.

I don’t care either way, as I have the receipt and will expense it to my company.

Gabon doesn’t look that bad. During the landing I could see some resorts and nice landscaping around. From the airport I went to a villa to stay over the night.
So we drove through the city. Gabon is a pretty large country, but has only like 2 million inhabitants which was kind of surprising for me.
Driving through the city you can see standard Africa around you. People selling food and vegetables next to the road. Lots of young people walking around. They all seem happy. 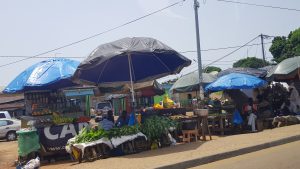 A traffic roundabout with in the middle, a monument with a football on top. Africans love their football. 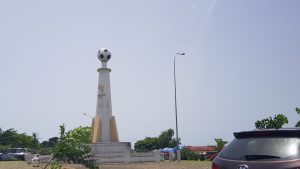 It is the rainy season so it starts to rain. You can see that it rains a lot by the state of the brick fences and concrete houses, where moss is covering a lot of it. It is the tropical belt and we’re at the equator.

After I came to the villa and investigated around I saw that the villa is a nice cozy place to be. Outdoor pool, nice lounge area and tiki bar with a good speaker system, a bar. Not bad. Too bad I only stay for one night. 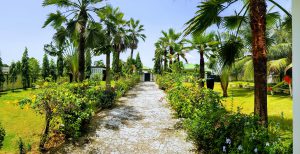 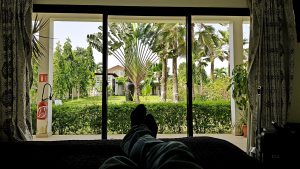 Next day, at 8 AM I left back to the airport, got my internet data GSM card and checked in to my charter flight to the Onal oil field in the middle of the jungle

The airplane, the smallest I have been in so far looks cute when you look at it from the outside. Inside, I saw the pilots screens, looks like a video game. As the pilot is controlling the plane in the air, the screen is showing him hoops he must fly through to keep the plane on the set course. Seems easy, like anybody could do it (doubtful).
During the about 45 minute flight I recorded a part of it on my GPS app, but I was looking down at the jungle and imagining if I needed to walk my way back. Impossible, with all the rivers, dense jungle and wild life down there. 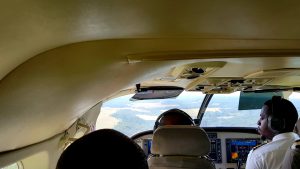 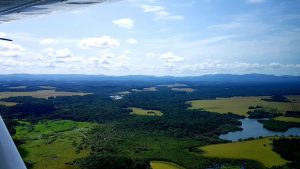 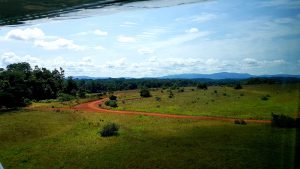 Flight went smooth and we landed at this red dirt field in the middle of nowhere.

After checking out with the local oil company in charge and their checking my luggage for contraband I sat in this poor old banged up Toyota the rig manager came to pick me up with. 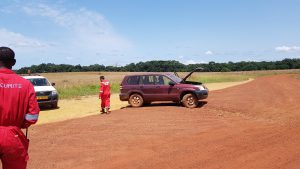 We start our journey and after one meter, we end up in a ditch and the car dies. Of course the battery is empty and we can’t start the car. The guy doesn’t speak English, but I guess he starts cursing in French. And it sounds so cute…

After another Toyota pulled us out of the ditch I had to push the car to start it, which usually isn’t a good sign when you start a job on a new location. After about a 20 minute ride we reach the camp/base, and it looks pretty big, dirty from red dirt place in the middle of the jungle. 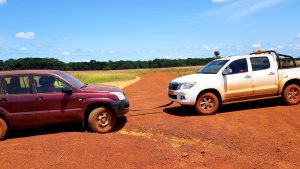 It is the equator, and a tropical forrest so it rains. A lot. And the red dirt is like glue when it’s wet. Sticks to everything.

The actual rig is an antique. The oldest rig and equipment I’ve ever been on. But work is work, and I write about work enough in my reports, so I won’t do it here. 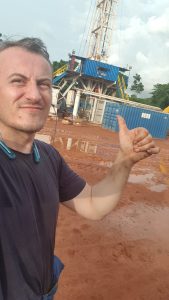 All the people here speak French, besides the electrician who is a stand up, 27 year old French guy, that just bought a house in Nantes.

Two of us played basket ball with the Gabonese guys every other day after work. Also one day went driving around looking to take photos of some jungle animals. They have monkeys, gorillas, elephants and snakes to see around. 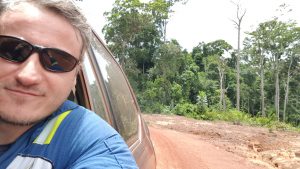 In these 10 days I’ve been here, I’ve seen mostly lizards and birds. I saw a couple of monkeys, and took some bad photos of them. Oh well.

So what to say about this place. I wasn’t to thrilled about it in the beginning. Damp, wet, humid, smelly, rainy, sweaty place to work in.

After a couple days you learn to ignore being wet from rain or sweat and just keep working. And at the end, none of it mattered because the work atmosphere is really good and all the people are cool people to work with.

Today (8-Apr-2018) the craziest thing happened. Imagine us 5 guys driving back from the rig to the camp, and at one point a big chimpanzee jumps out the jungle, in front of the car, runs across the road and jumps back into the jungle on the other side.

At the same moment as the chimp runs across, mechanic next to me on the back seat, through the open window, banged with his hand on the closed window of the boss, sitting at the shotgun seat. Hehehe, must I say the boss shit himself and got the whole car laughing for five minutes.

So I’ve told you that our shitty car doesn’t want to start and we’re pushing it every now and then. Well the next day, April 9th, we’re going in the morning to the rig site, and it is a 20 minute ride with hills, bends, going up and down.

And the shitty car can’t climb the hills so you have to downshift. And at one of those hills the boss got the car almost at a complete stop at the top of the hill and was getting ready to downshift, and the crazy mechanic just switches the car key off. We were almost standing still so the car stops almost at the top of this hill and the boss laughing tries to turn on the car and the thing won’t start…. hehehe

So we all broke out laughing our asses off, and the boss puts the car in reverse, let’s it go back down the hill and lets go of the clutch so the car starts… 🙂 So now I know you can start a car going in reverse.. 🙂

Tomorrow (April 10th) I am starting my long travels back home. Plan is taking a 5 hour boat ride to Port Gentil, then a flight to Libreville, then to Dubai over Addis Ababa in Ethiopia and the same morning after I drop my stuff at the office, flight to Zagreb to see my family again…

Photos from the trip home…. 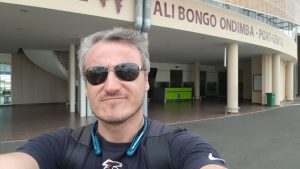