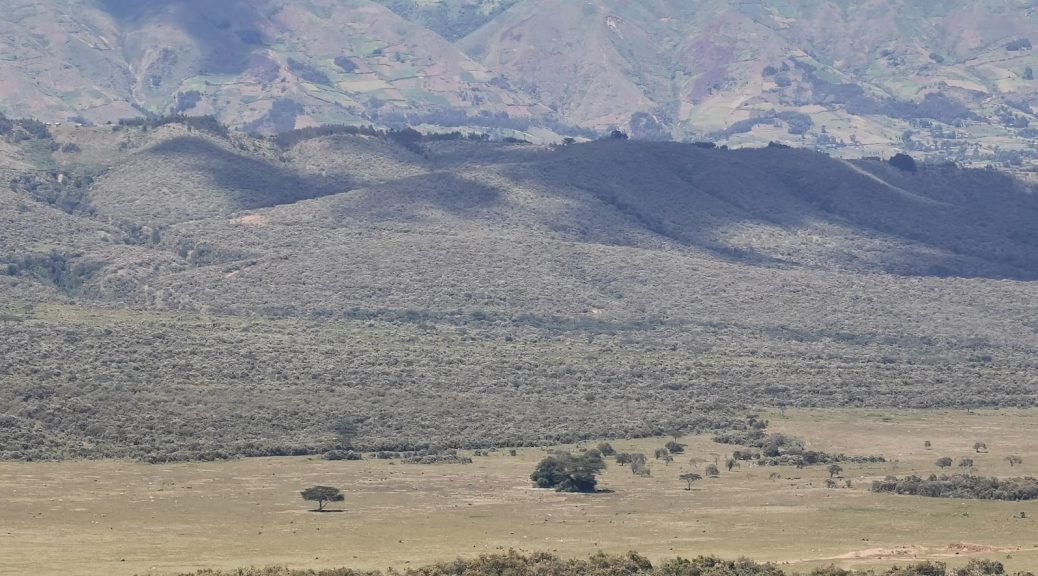 Hi reader. Just to let you know, I’m still around and at it. There have been some interesting developments in my world travels in the last few years. Not much, but some.

Let’s see. In December 2020, at the height of the Covid pandemic I got a chance to travel to Kenya, which I took without thinking twice. This came to be one of my favorite trips. Job was to be done about 3 hours from Nairobi, at the Hells Gate national park, which was BTW the environment set inspiration for the Lion King cartoon.

There you will find the Olkaria 2500 m active volcano.Last eruption was a couple of hundred years ago. Anyway, close to the volcano is a lake and the company I was servicing is drilling geothermal wells, and another company is using these wells to pump the water from the lakes into the drilled wells, because of the volcano the water turns into steam, which comes out and spins the turbines that make electricity.

Wow, that was long. That all is interesting, but more interesting was that for a week before I went to the location, they had a Covid case on the rig so I had to wait in a hotel until it cleared.

Well during that time I went around, and visited Crescent island on the same lake, with a tour guide.

The island is a wildlife sanctuary, it was used for filming a movie in the eighties with Robert Redford and Meryl Streep. So all the animals there were left and taken care of, with no predators.

There you can hang out with zebras, giraffes, baboons, monkeys, all kinds of cattle and birds, all in the open. Very, very interesting place.

Trip to the island included going around and watching hippos. Not too close of course. Also a bunch of impressive eagles flying around the lake. Hippos are known to be aggressive toward people that get too close.

Anyway, the island and the boat trip to the island were an unforgettable experience.

After that I arrived to the Hells Gate national park where the job was taking place, at the base of the Olkaria volcano, at about 2000 meters above the sea level. The scenery was extraordinary.

Daily visits of baboon families that came to the rig for breakfast was also funny. They would turn around all the garbage cans. The baboons are also visibly racist, as they run away from black local guys, who had enough of them turning over trash cans and shoo them away, and they come close to white people as we find them an attraction and frequently give them food. 🙂 (they were taking food out of my hand, haha).

The view of the 2500 meter volcano and all the super sharp obsidian rock around was something I’ve not seen before. I was being warned not to go to the top of the volcano as there are lions, warthogs and snakes around. Me being me, I couldn’t resist and went to the top, which took about two hours there and back .

On the way I met a giraffe, which was harmless and a mother warthog with a bunch of babies. I gave her enough space to go away before proceeding.

Also I ran into a pair of sulfur/steam fume outlets on the side of the volcano, but eventually reached the top. I was expecting a hole on the top of the volcano, but it was flat and full of I guess goat or warthog droppings. The view was well worth it. I could see the nearby lake I was on, and the whole walley of Hells Gate. I didn’t stick around long for the lions or whatever to come, and went back to climbing down.

Once I came down and shown the photos to the people, they said I was crazy. Maybe I was.

After a couple weeks of enjoying that setup/job and the scenery went back to Nairobi and home.

Trip was about three hours I believe and there is one climb where we also stopped and enjoyed another amazing view of the valley from a vantage point. These places have incredible souvenir shops. They could be actually called art galleries, and less souvenir shops. The stuff there is pretty pricey like Kenya was, which was a bit surprising for me. But bigger issue was my capacity to carry stuff back. Always too limited space for coming back from places like this.

Check out the photos from the trip.