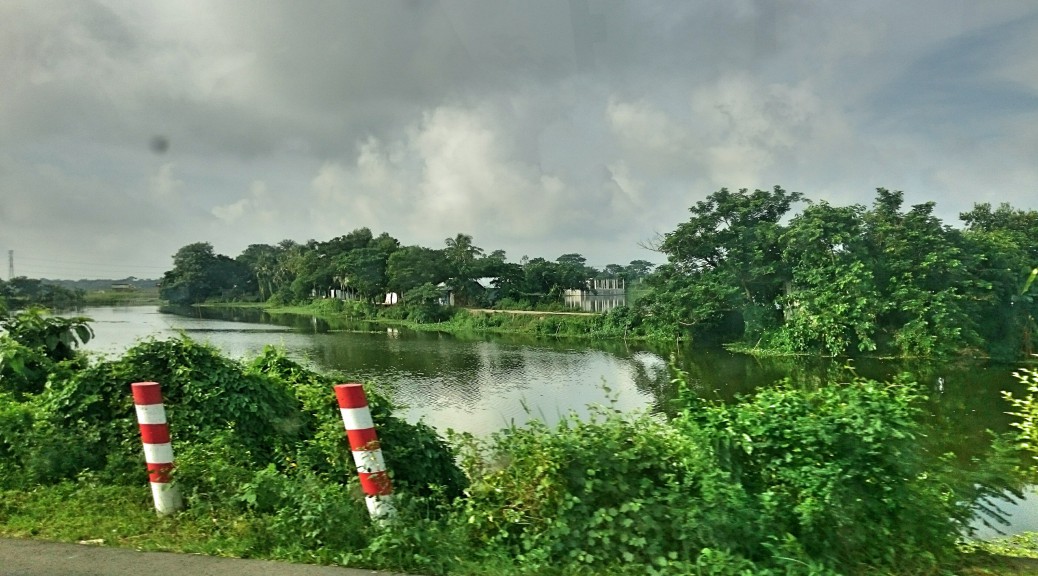 Oi there. A new post from a new place under the Sun, on the third little rock. This time about a 100 kilometers east of Dhaka, the capitol of Bangladesh.

What to say about this place? I was travelling here for two days with little sleep, so I could hardly keep my eyes open during the ride from the airport to here. But what I did see is that it is very chaotic. Driving through the towns is extremely stressful as there is absolutely no regard to traffic rules. It is as if you have a bigger vehicle and a stronger horn, you go first.

Big passenger buses dented, scratched hitting each other like those cars in amusement parks, people running across the street, status of the road is like you’re riding off road all the time, jumping left and right up and down, for hours. I don’t know how I managed to sleep all that time, but somehow I did.

Those little three wheel motor bikes or what you call it chaotically going across the road with no regards if they going in their lane or yours, or against incoming traffic.

I only took a few pictures on my way here. As I got a new 360 panorama camera, some of the photos you can pan all the way around.

One is from a REALLY nice hotel that stood out from all the other structures in the area. I took the photo after one hour nap when I had to continue my trip.

Other is on the way to my destination when I woke up, probably because I smashed my head on the window again. 🙂

Towns look pretty poor as you can see from the photo, but that is just the way it is I guess. It’s probably getting better as in the rest of the world.

Between towns the landscape is beautifully green, with rice fields, lakes and rivers everywhere. The road is raised from all that flooded area so there is water and rice fields everywhere around you. 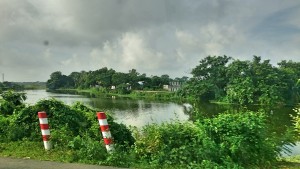 I read this is the end of the rainy season, but the rain is coming down pretty strong almost everyday. It is hot, humid, with insects and lizards all around.  Haven’t seen any snakes though.

The area I’m in are rice fields, with some green pastures with cows, goats, chickens, bamboo trees, palms. This is my first time in south Asia so it looks different than anything I’ve seen before.  I need to write it down, maybe I keep the memory.

I plan to take more photos and videos on the way back to Dhaka, so I’ll probably update this post and add them here. Stay tuned… 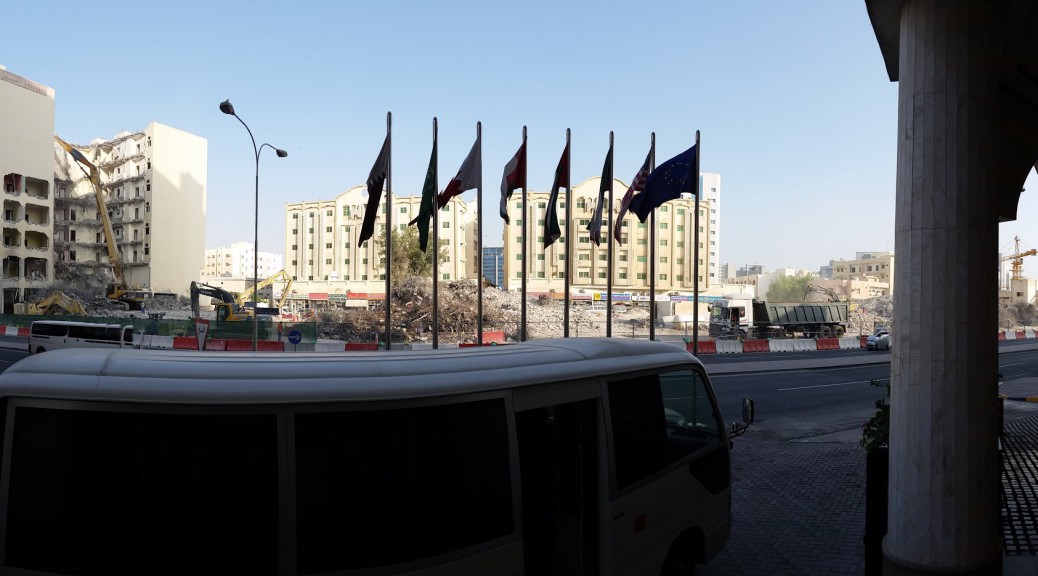