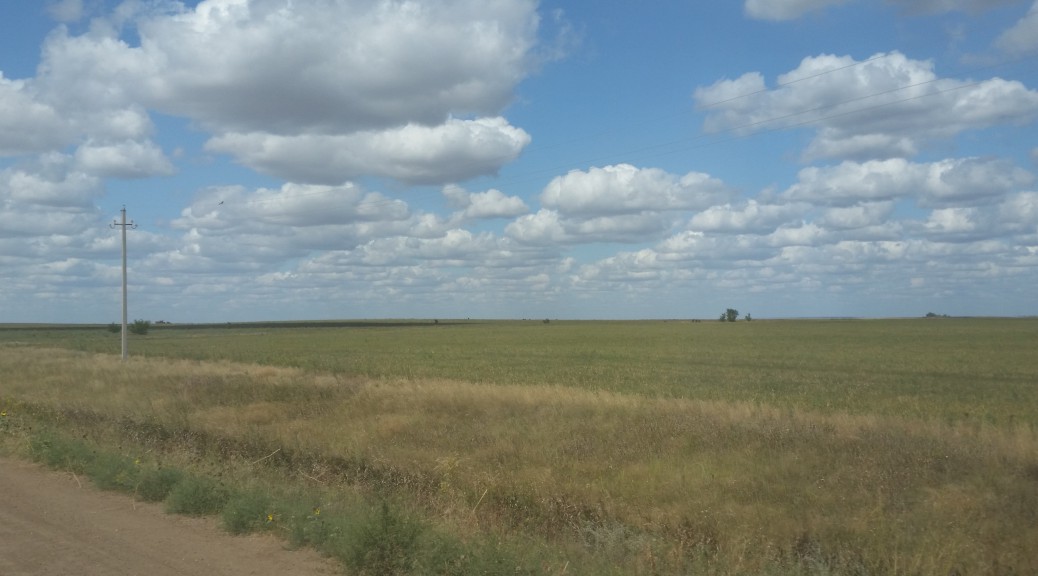 Well then. Here I am again. Almost same time as last year. In the mean time, since my last check in I’ve been around. Let’s see.

Last post was in September 2014, at the time I was in USA, after that I went to Kuwait, Congo, Saudi Arabia, Bahrain, USA again, Ivory Coast, Gabon, Saudi Arabia again, UAE and now I’m in Kazakhstan, but not in Tengiz, on a different oil field close to Uralsk, in the north west, like 20 km from the Russian border.

So one can say I get around. On my way over here from Dubai, I stopped over night in Almaty, south east Kazakhstan.

There, what I later found out, I got swindled by a cab driver for a taxi ride from the airport to the hotel. I didn’t mind the money he fooled me over for, but the hour and a half ride what should have been a half hour ride.

Anyway, driving through Almaty we turn around a bend and what amazed me were these huge mountains that appeared in front of us. I regret not taking a photo, but you can probably Google it.

(UPDATE: I googled it for you :)) Very nice and impressive to see.

They are 5000 meters high and have a all year round snow caps and look really impressive. I believe they belong to the Zailiski Alatau mountain base.

Stayed in a 5 star hotel the Rahat Palace. Hotel looks fair, but those are some old five stars…

Breakfast was brilliant though… 🙂

Flight to Uralsk had no excitement as the ride that followed.

There was some roadwork so the paved road was closed and the driver concluded to avoid dust from cars in front of us, he drove on the left side service “road”, in the opposite direction. As I am writing this, everything ended good.

Staying at the work site for three weeks had it charms so I’ll describe it in a few photographs.

Anyway, trip to Kazakhstan was colorful and I met some new friends, I’m to leave for home in 4 days so until next time, signing out…