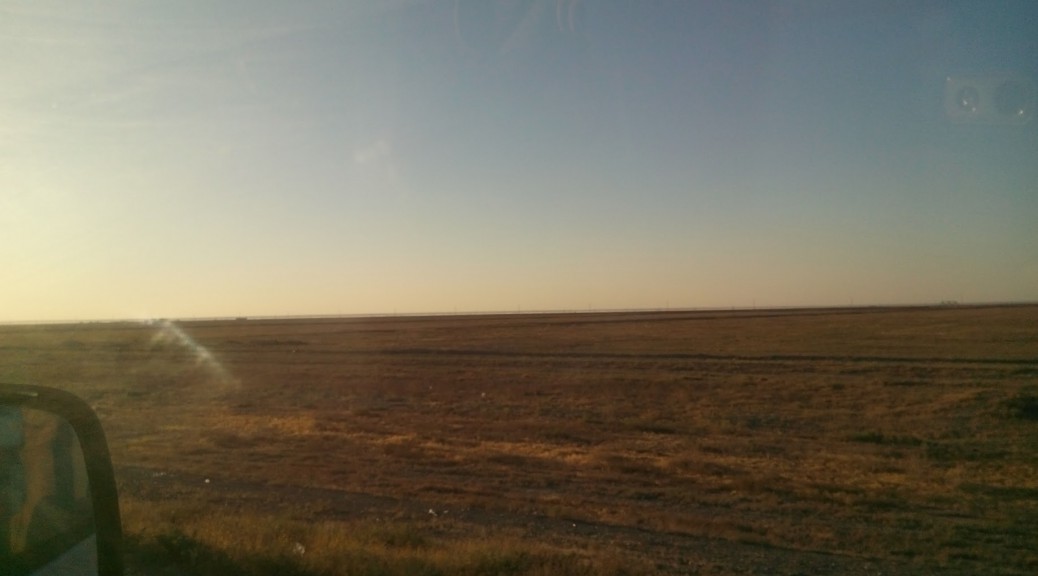 Hi to everyone from the Tengiz oil field in Kazakhstan. What to say about this place?

As I am here in July, it is pretty warm here, so it is strange to see all the steam heating lines around, but as I hear it gets pretty cold here during the winter months.

I flew in to Atyrau airport from where I went for a four hour ride to the Tengiz field. 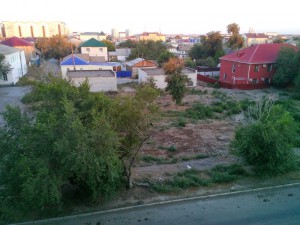 On the way we passed several towns and villages and what captivates your eye is an enourmous open plain and no trees in sight. It looks like a dessert but not quite. 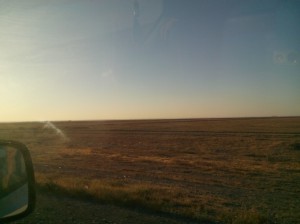 Other thing is, there is no grass in towns, only dirt. I guess it’s to cold for grass to grow.

There were several camilles on the way so they seam to follow me where ever I go. These were a two hump version. I know it’s a cow on the photo. 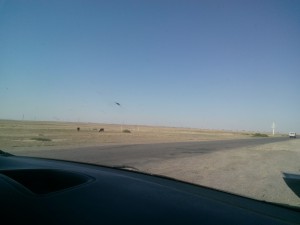 Though one can see Kazakhstan is quickly developing , you still can see remnants of the Soviet era in colossal monuments by the road, or over it.

I was writing this in parts so this is the part after. I stayed in Tengiz for something like two weeks, after what I got back to Atyrau, then flew to other side of Kazakhstan, Almaty, stayed a few hours on the airport then flew to Abu Dhabi.

I’ll just throw in some photos I took while in Kazakhstan. BTW, I loved the food, stuff filled with other stuff and a lot of vegetables, I loved it.

Building blocks for most of the building in the oil town in Tengiz. 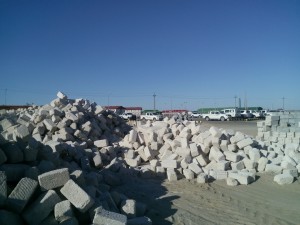 My room was in the building on the right. 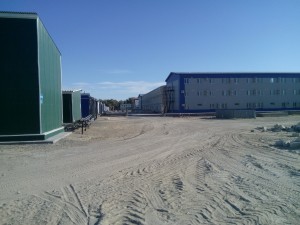 Morning visitor to my cables on the job. 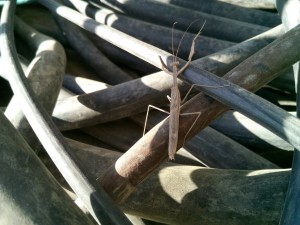